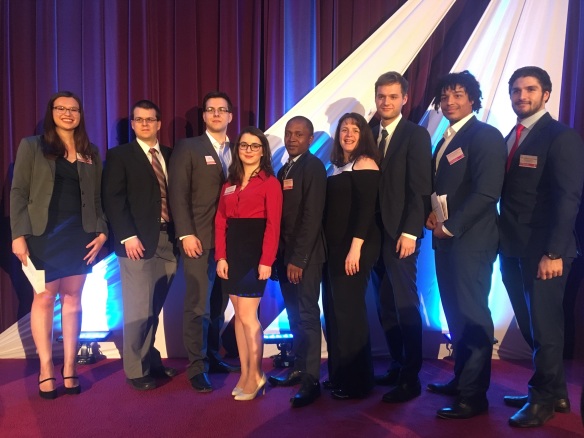 “If things would have stayed as is, I would have been out of a job here today because the plant was supposed to be closed by now. But this is not the case since Exelon is buying the plant and because of the Clean Energy Act in New York State.

In these videos (http://cnycentral.com/news/local/take-a-look-at-how-fitzpatrick-refuels-its-nuclear-reactor, and http://cnycentral.com/news/local/rising-above-the-theme-of-choice-for-fitzpatrick-nuclear-employees), you will get to see the switchgear associated with the diesel generators in the rooms behind them. In the event of an accident, these diesel generators power vital buses that keep very important Emergency Core Cooling Systems (ECCS) running to enable the safe shutdown of the plant. The difference with our plant design compared to Fukushima is that their diesels were located below the water table, whereas ours are located well above the water table, which prevents this type of failure from happening here. This was a known vulnerability at Fukushima and the management decided consciously not to do anything about it. In the USA, you have the Nuclear Regulatory Commission that prevents nuclear power plants from operating when known vulnerabilities are not addressed. Like Mr. Stone says in the video, we live within a few miles away from these plants. With the amount of training and knowledge that we carry as nuclear workers, do you think we would be stupid enough to live close by to these facilities if we knew they were unsafe? So during an outage we not only refuel the reactor, but we perform tons of maintenance on equipment that we cannot access during normal operation because of radiological conditions. Why not? Lots of systems are not operational during an outage so it’s a perfect time to take care of this work. This is why we work 24/7 to get as much done as we can during these outages. And with the radiation down to a very insignificant level at a lot of locations, workers get to work on equipment while picking up very little dose, and limiting their radiation exposure.

Back to the diesel generators… These things are massive! We test them on a monthly basis because they are so important to nuclear safety. These tests are called surveillances and are required to ensure that at any moment safety related equipment is able to carry out its mission. All of these systems also have “Preventative Maintenance Programs” associated with them again to ensure we keep all of our systems in working condition in the event we needed to operate them. Everything is scheduled years in advance and is why we have a healthy staff of mechanics and electricians.

At Fukushima, the diesel bays were flooded with salt water and were unable to provide power to the ECCS which means that all of the pumps that normally bring water to keep the reactor fuel covered with water, and thus cool, were unable to perform their function. Nuclear power doesn’t just turn off, that’s why it is considered special and unique, so even if the plant is shut down, you still have to replenish the reactor with water to maintain the water level. So just imagine, once all the pumps that feed the reactor with water shut down, the water in the reactor and spent fuel pool continued to boil until enough water evaporated and the fuel was exposed to oxygen. When the zirconium fuel cladding is exposed to oxygen it generates hydrogen. When you have the right concentration of hydrogen in the air and any spark takes place, you get an explosion and this is exactly what happened at Fukushima. The reason why this happened is because in Japan, reactor operators were not permitted to make the decision to vent the reactor floor because this would have released some radiation into the atmosphere. They had to wait on layers upon layers of government officials who know nothing about nuclear and the delays associated with this put in place all of the conditions needed to cause the explosions. This could never happen in the USA. Here, nuclear operators have absolute authority and make these decisions quickly and without interference. Fukushima was 100% preventable. A management decision accepted the diesel location vulnerability and the culture prevented highly skilled workers from doing their job and keeping the public safe.

When you see our refuel floor in the video, there are three pools. The first one to the right is the spent fuel pool. Before fuel is moved to dry fuel storage, it needs to “cool down” for a while. So it sits in this pool for as long as needed. Some of the fuel in that pool is a few decades old. Unlike the fuel in the reactor, this fuel is located in racks made of a material that slow down the nuclear reaction. The round pool to the left of the spent fuel pool is the reactor. When we shut down the reactor for maintenance, all control rod blades are pushed in between the fuel rods so as to slow down the nuclear reaction and start the cooling process. The next pool to the left is an equipment pool where we store the equipment that sits on top of the fuel in the reactor, like the moisture separator for example. The way we protect ourselves from radiation is water so some of this equipment can never come out of the water it’s so irradiated. Concrete and lead are also other shielding methods to protect the workers from radiation.

I got to go on the refuel floor this outage to do the fire barrier walkdowns where I examined certain walls in the plant to make sure that there is no degradation and that our structures are sound. So I went all around the perimeter of this floor and also went up to the reactor pool and peeked down for a while watching workers do their underwater work. Got to inspect the reactor head, which is the big dome on top of the reactor for structural integrity. Very, very cool stuff!

Because of the walkdowns I had to perform, I’ve been all over the plant this outage. Lots of fun, LOTS of steps!

When we go inside the plant, not all areas are contaminated and you do not need to wear the Tyvek suits except in certain select locations which are few and far in between.

It’s a great place to work and I’m so happy that I get to stay here where I know most of the 600 employees that work here full time.

There are three nuclear reactors on this site. When you see the outdoor part of the video, watch for the green buildings on the left which are the Nine Mile 1 and 2 reactors. These plants were already acquired by Exelon a few years back. You will also see in this video our spent fuel canisters. To the right of these casks is a new pad that I put in in the summer of 2015! The design and the calculations involved in this concrete pad is incredible! Lots of work but then again, it does the job. Our fuel canisters are identical to the ones in Fukushima. The spent fuel canisters in Fukushima performed as designed in a disaster environment so something reassuring for those who worry about dry fuel storage.

The footprint of my site, which is the one with the red buildings, is minimal. You would need 2,200 windmills to replace the lost power that is produced from this plant. And where would you put them? And what happens when there is no wind?

Nuclear in the USA is very safe and a satisfying field to work in. As we transition to Exelon on April 1, I look forward to working here for many years to come!

Michelle Saunders, President of Friends of Polytechnique of Montreal 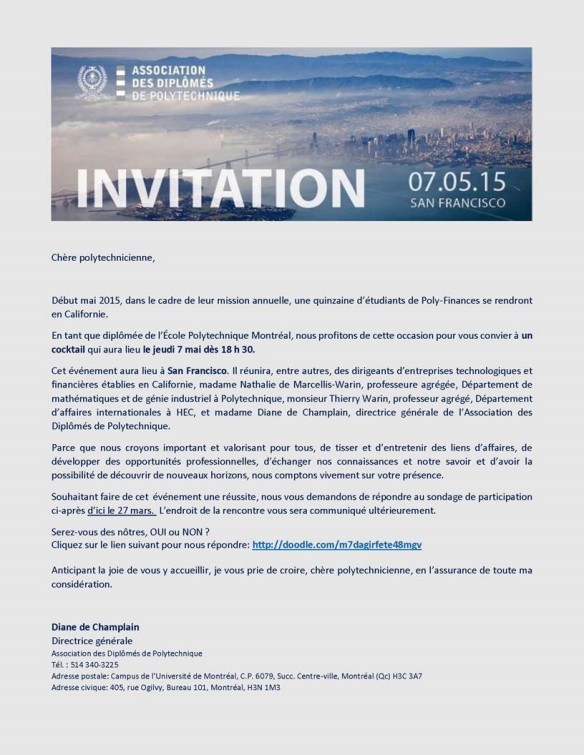